Hello, are you from Acosol?
enter or register 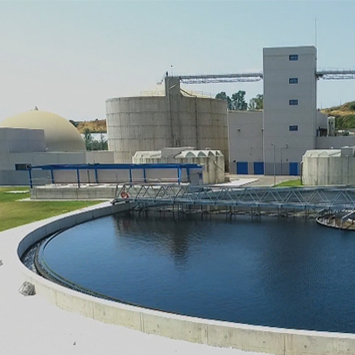 The Río Verde Water Treatment Plant was built in 1972, with capacity for 2.3 cubic metres (2,300 litres) per second, using water from La Concepción reservoir to supply the municipalities in the Western Costa del Sol, and with a network that spreads in two directions (east and west) along the coast.

Over time, improvements have continued to be made, enabling new processes to be added, in order to meet requirements established by law regarding drinking water quality.

The Western Costa del Sol Desalination Plant, built in 1997 in Marbella with a maximum capacity of 56 million litres of water a day (equivalent of filling an Olympic swimming pool 28 times), is the only plant in Málaga province that desalinates sea water (there is also a brackish water desalination plant in Málaga, which treats water from the Guadalteba reservoir), and when it was built it was the largest sea water desalination plant for urban supply in Europe. In its day, the project required an investment of €40 million, and can produce enough drinking water to supply a population of 400,000 people.

This plant has become a key infrastructure for water supply in the Western Costa del Sol, as on the one hand it increases the available water resources in the main high-capacity water distribution pipelines, and on the other is a guarantee and safeguard for water supply on the Costa del Sol, chiefly in the drought cycles that are so prevalent in our Mediterranean climate. Furthermore, this new input of desalinated water means it is possible to preserve and reduce water extractions from La Concepción reservoir and from subterranean resources in certain periods of the year, or it can be used as a direct resource in the periods of highest demand.

The technology of desalinating sea water by inverse osmosis is becoming one of the most appropriate ways to meet water demand in coastal areas and to deal with the phenomena of drought, thanks to its flexibility of production, its low environmental impact and the notable trend of increased energy efficiency, due to new technological advances that continue to be incorporated into the desalination process.

One of the fundamental and exclusive tasks of Acosol in the Western Costa del Sol is the transport, distribution and supply of high-capacity water in the area, based on the demands of the various municipalities in the region.

Some of the most notable characteristics of the Western Costa del Sol are the high population density, with seasonal peaks which at a minimum double the resident population, jumping from more than 500,000 registered residents to the 1.2 million people who can be living here in high season, and bearing in mind that the same infrastructure is in place all year round, which needs to be ready to meet this changing demand. By way of example, in 2017 a total of 57 cubic hectometres (57 million cubic metres, or 57 billion litres) of drinking water were supplied, having reached a maximum of 65 cubic hectometres in 2005.

Transport and distribution of water

The public company Acosol S.A., which reports to the Western Costa del Sol Council Association, manages the services involved throughout the whole water cycle, and in terms of sanitation, collects waste water from drainage systems in the municipal networks in the coastal area from the municipal boundary of Torremolinos with Benalmádena to the province’s border in Manilva, piping this water through the comprehensive sanitation collectors to the various waste water treatment plants on the coast, where the water is treated and reclaimed to be used again to irrigate golf courses and public areas of greenery, with any surplus discharged into the sea through underwater pipelines with the appropriate quality, flow, distance from the coast and depth to allow it to be fully diluted into the marine environment.

Accordingly, comprehensive waste water treatment on the Costa del Sol is divided into six sector which, from east to west, are as follows:

Each sector acts as a catchment area, with main and secondary collectors, elevation and main pressure stations to the waste water reclaim stations, reclaimed water distribution networks and pipelines both on land and under water.   Each water treatment and reclamation plant has its required discharge authorisation, its concession or authorisation to reuse treated waste water, and it meets the authorised parameters for discharge and usage quality.

This way, we can ensure that throughout the area where Acosol operates, the waste water produced by the various municipalities are collected and transported in full to the treatment plants, where it is treated and readied for its final destination, as reclaimed water for irrigating golf courses and public gardens, or as treated water that is returned to the receptive medium, which in our case is the Mediterranean Sea, through underwater pipelines.

The geographic situation of the Western Costa del Sol, located in what is known as “Dry Spain”, means that drought needs to be considered as a cyclical phenomenon, and possibly one that is becoming more frequent, leading to the obligation to preserve resources for human supply.

Accordingly, the water treated by the treatment plants should be considered as a resource rather than as waste, such that, by adding what is known as tertiary treatment, we can have high-quality reclaimed water that can be used for other purposes, particularly for irrigating large green spaces.

For more than 20 years, Acosol has been investing time and money in this task, to the extent that now, the Western Costa del Sol is one the regions of Europe where most reclaimed water is treated and with the highest quality, proof of which can be seen in the fact that most golf courses in the area can be irrigated with this water, guaranteeing perfect conditions. 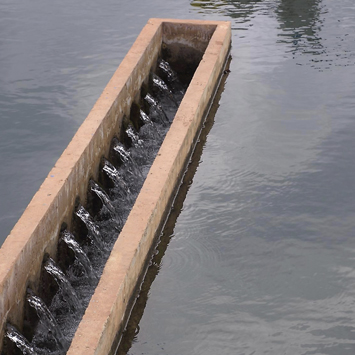 Low-capacity supply by Acosol deals with providing drinking water to places where, either partially or in full, the company has a management order to provide the service under municipal supervision.

Currently, Acosol provides low-capacity supply services in Ojén, Istán, Casares, Mijas (operating the sewage system in all of them as well), Marbella, Benalmádena and Estepona (in one part of the town, operating jointly with other service providers), where it has more than 80.000 subscribers. 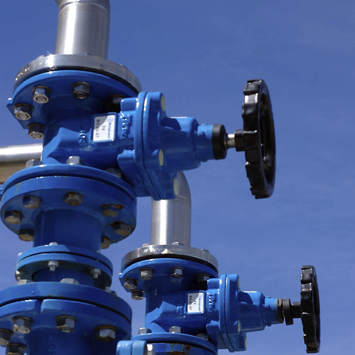 To control water quality, both for human consumption and for treated and reclaimed waste water, Acosol has a network of laboratories to ensure current legal requirements are met.

The control system is applied to the supply from the source intake through to delivery to the consumer, using a system of permanent alerts and a network of automatic monitoring stations that are connected by remote control.

The same method is used to control the quality of waste water, through the processes used to treat and then reclaim the water.

The two laboratories that control drinking water, one located at the Desalination Plant and another at the Río Verde Water Treatment Plant, has been certified to the UNE EN ISO 9001 standard since 2004, performing more than 60 thousand annual analyses.

In turn, five laboratories are in operation for treated water: the main sanitation facility at La Víbora Waste Water Treatment Plant (Marbella), and the plants at Arroyo de la Miel (Benalmádena), Cerros del Águila (Mijas - Fuengirola), Estepona and Manilva. These monitor the quality of water before it is discharged into the sea and of reclaimed water before delivery for users for the purposes of irrigating large green spaces.

These five laboratories, which perform more than 80 thousand analyses a year, of which 20 thousand are for reclaimed water, are in the process of becoming certified by the UNE EN ISO 17025 standard.

The Maintenance division has two units (electrical and mechanical), which ensure all the facilities and equipment are operating at full performance levels, using preventive measures to stop faults developing thanks to the qualification and experience of the maintenance professionals.

The Electrical Maintenance team consists of 14 workers, who as well as conducting repairs and checks, also install power boards and control panels, and programme a wide range of measuring equipment.

In turn, the Mechanical Maintenance team, formed by 12 people, ensure that the various equipment used (pumps, screens, hydraulic facilities, etc.) is fully operative, dealing with any incidents that arise.

To achieve this, the Acosol communications system covers the whole of the geographic area included in the 11 municipalities that make up the Western Costa del Sol Council Association, using a trunking network, landlines and mobile telephony, and data communication between computers, helping to improve the efficacy of our hydraulic, administrative, sales and user service management systems.

By applying the capacities of this communications system, it is possible to know the hydraulic situation of the supply and sanitation infrastructures, as well as the water quality status, by monitoring 236 remote stations and managing 9,828 real-time measurement instruments.

The newly created Energy Service is tasked with controlling the energy consumption of Acosol facilities, particularly regarding electric power costs, which in 2017, for example, reached €7.6 million.

The energy supply contracted in the various Acosol services amounts to 21.6 MW (megawatts) and the energy used in 2017 reached 69,374,593 kWh (kilowatt-hours).

Accordingly, this service is conducting the necessary studies to reduce the company’s energy costs by increasing process efficiency and reducing the carbon footprint of the whole water cycle managed by Acosol.

There are currently several improvements under way, such as: